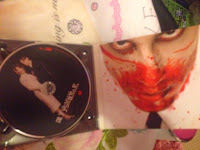 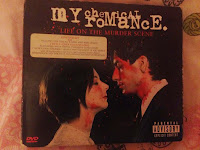 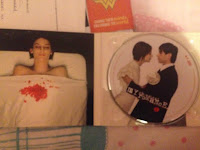 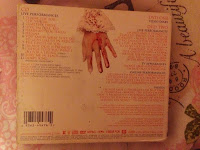 The front cover shows 2 models covered in blood with a dark background. The album name is called 'Life on the murder scene' so the album matches the name. The band name is huge on the top so people know who the artist is. This is a special edition cd so a box is included on the front showing all the extra tracks and footage that are included on the discs.
A DVD logo has been added at the bottom left to show it also plays videos, not just soundtracks.
A parental advisory logo has also been added.

It opens up twice to show two discs, the models are covered in blood again to the keep to the theme of the album.

The back of the cd case shows all of the soundtracks and footage that are on the discs so people can figure out what song is on at what time.
Barcode at the bottom left.
There is text at the bottom showing all the production names and such.

Instead of a dark background for the inside parts, a white background has been used to contrast well with the red blood.


Posted by danielle louise oliver at 23:00