What have you learned from your audience feedback?


We filmed an audience response using questions from the open questionnaire that was created so we could get people's views and opinions alongside seeing their reactions whilst watching the video.
We filmed two people of the correct target audience range to get their opinions on it alongside filming the couple of an older age range to see their opinion.
Although the younger audience could probably understand and relate to the video more, the older couple gave a surprisingly positive reaction, saying that they enjoyed it, understood the narrative and found it comical. This shows that our video could be liked by a wide range of ages alongside our target age-range, due to the comical aspect to it and the superheroes since comics are liked by all ages. 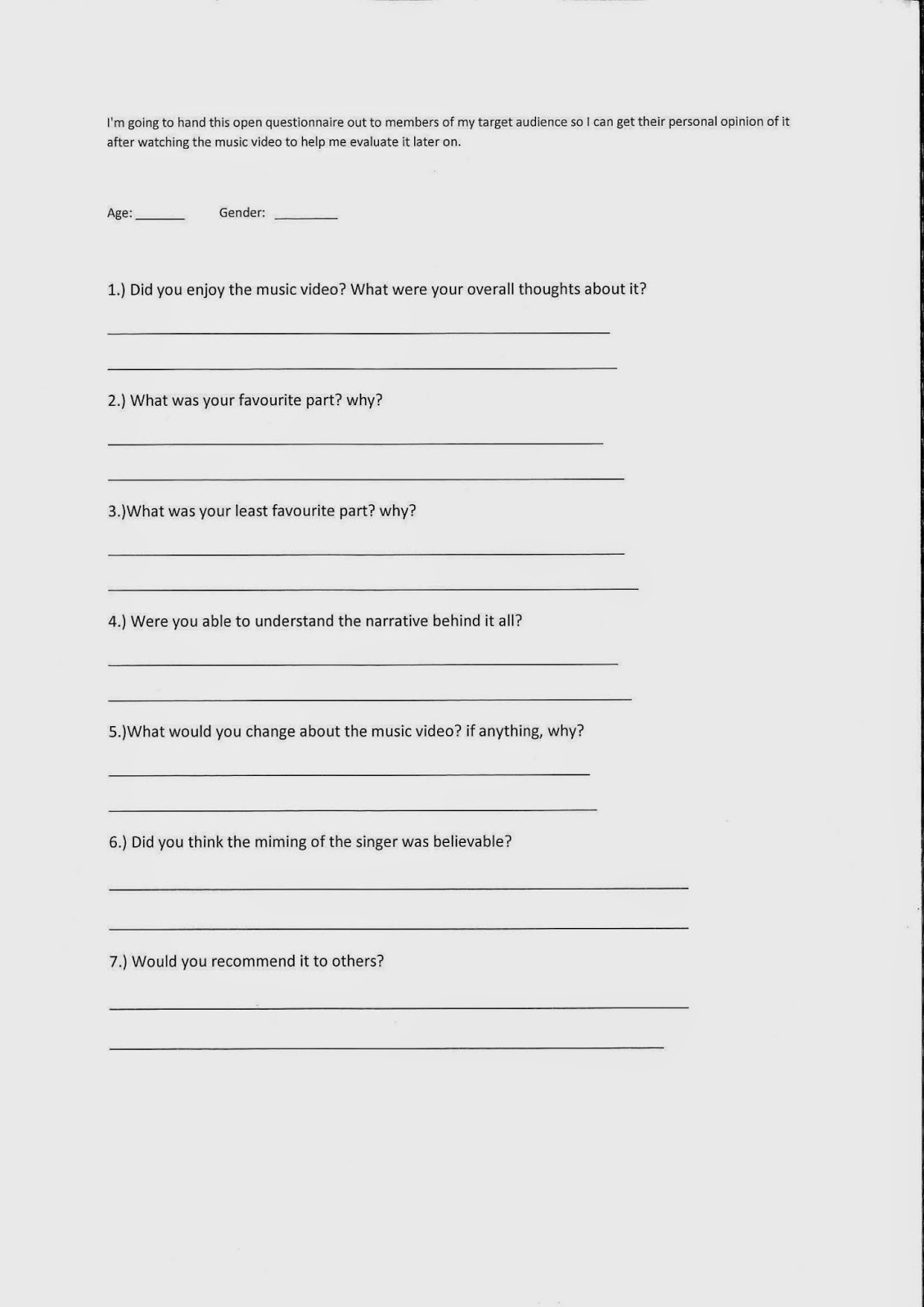 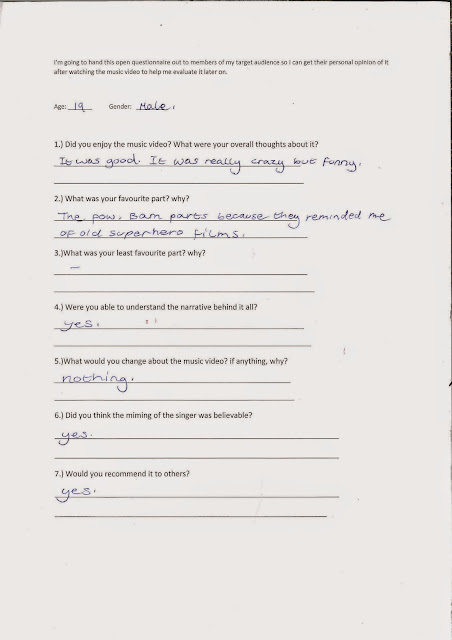 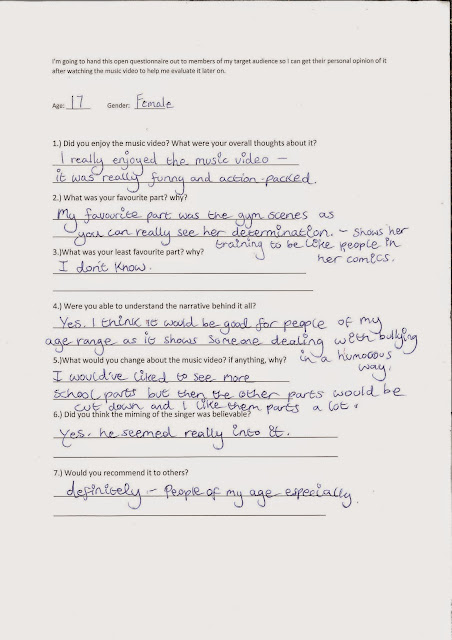 These are some of the results from the open questionnaire that was handed out.
So far we have had a positive response from our target audience, they have found the video both relatable and comical which is what we wanted. Altogether we have got a very positive response from our audience and we haven't had much critical feedback other than the fact there should be more school scenes added to make more of the narrative- however, we were unable to do that due to uncontrollable circumstances so I am happy with what we ended up with in the end.

Posted by danielle louise oliver at 02:57